“Kali Masi carved out a sonic space between the urgency of the punk and hardcore bands that were our foundation and the Midwestern Emo breeze that was sweeping through our towns at the time. But, we wanted to be a counterpoint for the evergreen music scene that thrives in Chicago; to move with the current but never float on the surface. To write as many songs as we could in ways that we hadn’t heard before. So, we dug in our heels and started pushing” says singer/guitarist Sam Porter on where their sound for their debut LP Wind Instrument comes from.

He continues, “It sort of feels like you’re piecing together a mosaic of the parts of your life that you want to keep around. Figuring out what fits and using it to sculpt an image of what felt true then and what still feels true now. Little by little, we carve out parts that feel right. As people, we break and grow. Make adjustments along the way. Step back, realize you’re not where you wanted to be, erase, change, break, grow.”

After a handful of EP’s and relentless touring, Kali Masi called upon Jay Maas (Defeater, Polar Bear Club, Vanna) to take the helm and produce Wind Instrument. Porter goes on to say, “We worked with Maas, an astounding engineer, musician, and now great friend to make the record. Together, we set up camp at the legend-of-punk-lore Atlas Studios in Chicago and put pen to paper, piecing the fragmented parts of the past few years into some songs that we felt made sense of it all.” 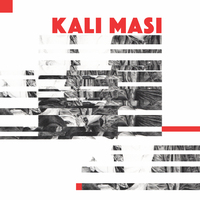