Effortlessly mixing vibrant indie-rock with the story telling of Americana, Hodera is prepared to be a band that never leaves listeners heads.

Spearheaded by Matthew Smith, Hodera has persisted in forming a unique sound amidst the vast depths of successful New Jersey acts. The group’s first release, 2014’s Reset To Default, was only a glimpse at the songwriting talent possessed by Smith. With 2015’s United By Birdcalls the name Hodera name was put on the map, touring extensively both in the United States and the United Kingdom. From landing showcases at SXSW and set times at The Fest, the honest nature of the songs found the band at the top of Spotify Viral Charts.

First Things First is an explorative album, diving into difficult subjects such as depression, suicide, loss and love. Hodera have weaved a web of progress through their constant work ethic, bettering their songwriting and pushing the boundaries of their delicate dynamics. First Things First is candid with its emotions, unraveling a soundscape that provides listeners with an album full of memory and warmth.

"I like to keep the storyline in each song raw, so it's not just a general pop song, or anyone else’s memory. It’s my story that I’m telling and letting people connect with,” Smith comments about First Things First. Being transparent is more than an act for Hodera, it's embedded into the very soul of the music, and that's what makes their music feel personal.

Through First Things First’s dynamic ten tracks, we are brought on a journey with Hodera, as Matthew poetically narrates each story. We join them in the confusion and frustration of growing up and trying to find where we belong; the grief of losing friends, family and potential loves; the dark corners depression can lead to, and the measures someone will go to just for a glimpse at happiness’ light again. Ultimately though, it leads us to the realization that no one is alone in the human experience and we can all strive to get better. So, first things first, go give this album a listen. 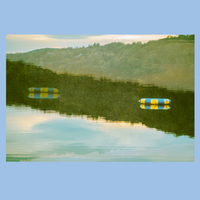 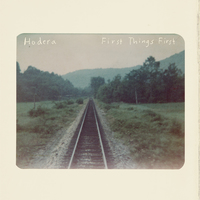